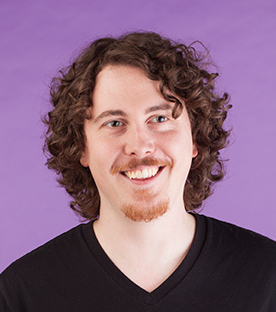 I am currently available to augment your project as a freelance Technical Artist or Real-Time 3D Architectural Visualizer.

In 2014 I started exploring the capabilities of 3D with Unreal Engine 4, and in 2016 started working with it more closely. Since 2016, I have created a multitude of proof of concepts, and initial prototypes of desktop & VR experiences, architectural visualization interactive experiences, and games.

In 2019 I decided to split my varied interests in real-time 3D into several separate service offerings/ventures in order to have proper buckets for self-initiated projects to be categorized in, establish branding and IP, as well as take on freelance projects in these niches. I have also experimented with WebXR, but find the immersiveness of desktop VR / Oculus Quest VR experiences far more compelling to work in.

Due to my varied interests, and building upon my existing skillset (as well as researching the topic at length), I now call myself a Technical Artist because of what I now currently do in working with UE4 and Houdini. For technical art & game development I use Unreal Engine 4 blueprints, and have been focusing on best practices leveraging workflows that include SideFX Houdini, Blender, Substance, and Quixel, as well as building my own mini-tools for my workflows in automating my build and rendering pipelines.

I am approaching learning technical art the same way I approached front end web development: a lot of grit & determination, plenty of reading, join communities, follow tutorials, figure out the best practices and recommended workflows, and grow my understanding & knowledge by challenging myself to create things that are a bit of out of my reach at the time. It's still early days, but I am working on my 3D generalist skills and animation skills by focusing on UE4, Houdini, and Blender. Houdini has been a fantastic tool to learn and I look forward to sharing experiments in various FX, modeling, world building, and VEX. Going to start with those and will look at adding character FX and rigging into the mix later on this year.

Arch.to is the banner under which I am offering services in Real-Time 3D Architectural Visualization using UE4, Houdini for parametric architecture and proceduralism tools, as well as SketchUp Pro using the Datasmith plugin workflow. With the Datasmith plugin it is also possible to bring architectural model content into UE4 from 3DS Max, Cinema 4D, Revit, IFC, Rhino 3D, SolidWorks, CATIA, VRED, DELTAGEN, and more. Offering services in creating custom fully interactive experiences for desktop and VR, and renderings including still images, videos, 360 images, and 360 videos. In applying my learning of SideFX Houdini I have a few parametric tools including a staircase generator and a geodesic glamping dome generator.

Finally, Brontosaurus Games is the banner under which I am solo-developing games for UE4. Currently working on a local multiplayer game prototype (aiming to launch it before the end of the year), as well as a few proof of concepts for both desktop and VR games.

Come back and visit again later on in 2022 to see what I'm working on next when more of my own prototypes and experiments are posted.

If you'd like to reach out to see if we can build something great together, please reach out below.

Kyle is a talented, smart, and hard-working developer. He goes the extra mile to implement designs perfectly and is great at uncovering and solving technical problems, either alone or with a team. He takes the time to understand the business and design needs which makes him a great developer because he sees the big picture but can implement on the details. He is not ego driven and is always willing to jump in to help out. He is a knowledgeable team player who remains professional when debating ideas and will go the extra mile to meet tight deadlines. As a designer, it's wonderful to work with a developer who is respectful and collaborative with the designs and is willing to try out and prototype different interactive directions to get just the right user experience. I would highly recommend him and would definitely work with him again.

Let's build something great together:

Or connect with me on:

This website was built with ❤️ and the following tools: